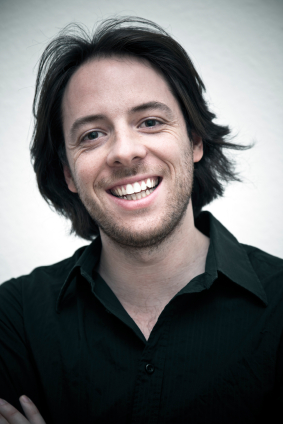 David had avoided flying on airplanes for most of his life because he found himself terrified of crashing. “I couldn’t stop thinking about all the disasters I heard about on the news, and every time I thought about flying, I would begin sweating and my heart started pounding. I only felt better by avoiding travel altogether.”

But as time went on, David’s fear began to prevent him from doing things he wanted to do. He missed his niece’s graduation and an important work conference, and his fear prevented him from taking his family on the vacation to the coast. “After years of avoidance, I realized this fear was holding me back, and I had to do something about it.”

David met with a therapist, who encouraged him to examine his thoughts about flying and to question their basis in reality. After some research, David had to admit that his fears about plane crashes were greatly exaggerated in his mind—the flight industry is extraordinarily safe, and accidents are rare. The therapist also taught David some relaxation techniques, such as deep breathing and visualization, that he could use any time he felt afraid.

David decided to stop avoiding his fear, and he booked tickets to take his family on their dream vacation. As the flight took off, David focused on keeping his breathing calm and even. Whenever thoughts about crashing entered his mind, he replaced them with a positive thought about how much fun he would have with his family when they arrived. He closed his eyes and imagined the warm sand and waves lapping at his feet, his children laughing and building a sand castle. As the flight progressed, David began to relax. He even enjoyed looking out the window a bit. Anytime he felt himself getting nervous, he gently turned his attention back to his breathing until the feeling passed.

When the wheels touched the ground, he felt something more powerful than relief: “I felt so proud that I had faced my biggest fear head-on. As we landed, I felt like this thing that had such a powerful hold on me for so long had finally loosened its grip. I knew that I would probably still feel some anxiety when flying, but now I had the tools to face it with mindfulness. I finally feel free.”

More about working with fear