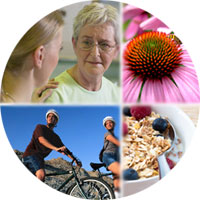 Naturopathic medicine is a science-based tradition that promotes wellness by identifying the unique aspects of each patient and then employing non-toxic natural therapies to restore his or her physiological, psychological, and structural balance.

"A distinct system of primary health care-an art, science, philosophy, and practice of diagnosis, treatment, and prevention of illness. Naturopathic medicine is distinguished by the principles upon which its practice is based. These principles are continually re-examined in the light of scientific advances. The techniques of naturopathic medicine include modern and traditional, scientific, and empirical methods" (AANP, 1998).

What training do naturopaths have?

Naturopathic practitioners are trained as general practitioners specializing in natural medicine. They cooperate with all other branches of medical science, referring patients to other practitioners for diagnosis or treatment when appropriate (AANP, 1998).

In addition to the standard medical curriculum, naturopathic students must do extensive coursework in natural therapeutics. This includes therapies from the sciences of clinical nutrition, botanical medicines, homeopathy, physical medicine, exercise therapy, lifestyle counseling, and hydrotherapy, which is the use of water to treat a disorder or disease.

What are the principles of naturopathic medicine?

First, do no harm

A naturopathic treatment plan uses therapies that are gentle, non-invasive, effective, and do not have adverse side effects. A conscious effort is made to use methods that do not suppress symptoms.

The healing power of nature

The body has an inherent ability to maintain and restore health. Naturopathic physicians facilitate this healing process by removing obstacles to cure and identifying treatments to enhance healing.

Identify and treat the cause

The Latin root of doctor is docere, which means "to teach." The primary role of naturopathic physicians is educating, empowering, and motivating patients to assume more personal responsibility for their health by adopting a healthy attitude, lifestyle, and diet. Thomas Edison once said, "The doctor of the future will give no medicine, but will interest patients in the maintenance of the human frame, in diet, and in the prevention of disease." It is more effective to teach than treat patients.

Naturopathic physicians identify specific weaknesses or dysfunctions in their patients and tailor treatment based upon the patient's individual presentation. It is the patient that is in need of treatment, not the disease state or symptom. Naturopathic physicians are interested in finding and treating characteristic symptoms that define the patient rather than common symptoms that define the disease. William Osler, MD, once said, "It is more important to know what sort of patient has a disease rather than what sort of disease a patient has."

It is far easier and cheaper to prevent a disease than to treat a disease. Naturopathic physicians evaluate both subjective and objective information necessary to uncover potential susceptibilities to future disease states in their patients. They can discuss specific lifestyle strategies or nutritional supplementation as a means for disease prevention.

How can naturopathic medicine benefit your health and wellbeing?

Naturopathic physicians are often successful at treating chronic conditions that don't respond to conventional medicine. This includes, but is not limited to: fatigue, pain, sleep disturbance, and digestive disorders. They are able to respond to the individual needs of patients and develop a treatment plan that includes nutritional supplements, botanical medicine, and diet therapy.

Naturopathic physicians understand the art of healing, which is more than dispensing an herbal remedy or nutritional supplement. To understand the context of a patient's illness, the physician must take the time to listen to the patient's story. Effective naturopathic treatment requires patience and good communication. Most patients know what is wrong and what needs to be done, but they don't know how to translate this into an action plan. The naturopathic physician can translate the patient's story and assign priorities among the several options that may emerge. They also take time to answer the patient's questions.

Evidence-based medicine (EBM) is considered the paradigm in conventional healthcare and has been suggested as the methodology for natural medicine. The underlying foundation of EBM is the randomized controlled trial, which is very valuable in evaluating single treatments for individual diseases. There are randomized controlled trials that suggest that naturopathic treatments, such as botanical medicine, nutritional therapies, acupuncture, and physiotherapy are effective at treating some conditions, such as fibromyalgia, migraine headaches, depression, asthma, hypertension, and type II diabetes.

While randomized control trials are effective at testing single treatments, they may not be the best paradigm to judge the use of multiple treatments in patients with more than one disorder or disease. For this and other reasons, some scientists have suggested that an evidence-based approach should include not only research evidence, but also clinic expertise and patient preferences (Geyman, 1998). For example, riboflavin, a B vitamin, has been proven in a randomized controlled trial to reduce the frequency and duration of migraine headaches when used for three months. Thus a naturopathic physician will often use riboflavin as part of a treatment plan, while also including other treatments based on clinical expertise. These treatments may include the use of omega-3 fatty acids to decrease inflammation or an elimination diet to identify possible food or chemical triggers. Individual patients will have different triggers-for some it could be MSG, for others it could be wheat. Noting individual responses is part of taking patient preferences into consideration.

In short, naturopathic medicine is personalized medicine that does not always lend itself to a strict adherence to treatments based on randomized controlled trials alone. It is essential to test the value of individual treatments, but the actual clinical application is much more complex. (And indeed the clinical application of conventional healthcare follows a similar model: according to a recent article in the British Medical Journal, only 13% of standard tests and treatments are supported by strong evidence.)

What should I expect in the initial naturopathic appointment?

The first appointment with a naturopathic physician tends to be much longer than a conventional medical office visit-anywhere from 60 to 120 minutes. In addition, patients often complete extensive paperwork before the visit to guide the naturopathic doctor during the interview. Much of the initial visit involves listening to the patient's story. This story may have many twists and turns and involve multiple conditions or diseases. Naturopathic doctors recognize the importance of this process and allow the patient the time and space necessary to share their story.

Naturopathic physicians use laboratory tests and other objective data in combination with the patient's subjective story to determine the most effective treatment. A naturopathic physician is like a tailor, trying to find the best fit for the patient. This is a genuine practice of medicine, requiring trial and error, along with patience and good communication. This process culminates in an individually tailored treatment plan that actively engages the patient in his or her health. The treatment will vary depending upon the expertise of the physician, but ample time is afforded at the end of the visit to discuss the plan and answer any questions. Follow-up visits are common to assess how well the plan fits and to make any necessary changes.

Where can I find a practitioner? 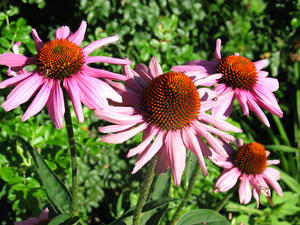 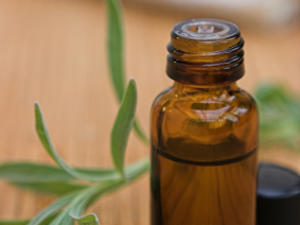