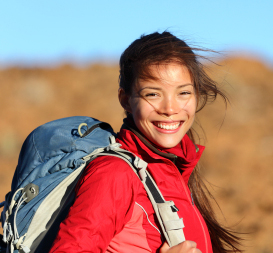 After months fruitlessly searching for a job after graduation, Cheryl was losing confidence in herself. Seeing she was depressed, her parents gifted her with two weeks of wilderness training. Cheryl returned a new person.

Of her experience, she said, “I learned the depth of my strength and how much I could accomplish. My courage surprised me…Being surrounded by nature reminded me to keep the Big Picture in mind not only during my wilderness experience, but also when I returned home. Life is in front of me and I have lots of options.” 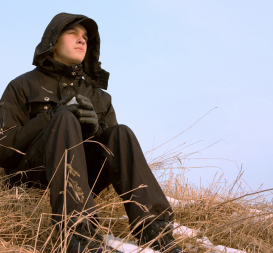 Terry was suffering from one of the most powerful bouts of depression in his life. His therapist chose an unconventional treatment and sent Terry to his farm, located several miles outside city limits.

It was winter, and Terry noticed the way the wind slapped him in the face when he got out of his truck. Snow covered the flat land as far as the horizon line. Terry’s boots sank into the snow as he walked. He settled beside a frozen pond and noticed that the sensory input from his surroundings—the frigid wind, the blinding snow—had distracted him from his own depressed mental chatter.

Sitting next to the pond, he began to think about what lay underneath the ice. The fish and frogs and larvae that normally thrived under the water were all sleeping, he realized. As the snow began to fall on his own body, he realized that he was not separate from the sleeping animals and organisms below the surface of the pond. “I realized that my depression is like the snow,” he said. “It covers everything in me, and it’s like my heart has gone to sleep…but I’m not dead inside. I’m resting.” 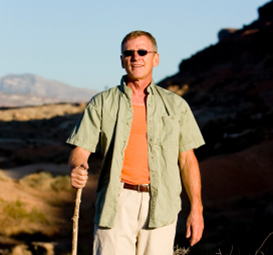 At fifty, James was beginning to feel the effects of working sixty hours a week, rarely exercising, and eating lunch at his desk. He was overweight, had high blood pressure, and always felt tired. On the advice of his doctor, James began a green exercise program with a local community group that walked through the countryside on Saturdays.

James was awed by the natural display of the trees and the quiet hum of wildlife along the hiking trails. The group gradually began jogging and rock climbing. Within a few months, James’s blood pressure had decreased, he had lost several pounds, and he had more energy. “Just by spending time outdoors each week I felt rejuvenated and relaxed when I came into the office on Monday,” he said.

Stories adapted from The Healing Earth and Nature-Guided Therapy.