What Can I Expect in a First Visit for Homeopathy?

Your first visit with a classical homeopath-one who uses traditional case-taking methods to find the one substance that best fits the picture-will vary somewhat depending upon the homeopath. We give a general picture here.

The initial evaluation will be at least an hour and perhaps as much as two or three hours long. The homeopath will spend that time trying to understand your particular symptoms.

In addition to asking about your physical, mental, and emotional complaints or challenges, the practitioner will try to learn what makes the symptoms better or worse, what kinds of foods you crave or abhor, what your sleep patterns are like, the content and patterns of your dreams, your major fears, your weather preferences, and more. The homeopath will also probably ask you to give specific descriptions of your sensations because homeopaths find this very helpful. (For example, one client reported that the pain in his abdomen felt "like a live animal growling.")

These sorts of very detailed questions might seem unusual if you have only received conventional medical care, but these nuances are critical in a homeopathic evaluation.

How does the homeopath choose the remedy?

Once the homeopath gathers all of your information, he or she will review your data looking for patterns. These patterns will guide the homeopath to a homeopathic remedy that has a similar symptom pattern.

The homeopath will likely go through a process of "repertorization," cross referencing all of your symptoms in books (or computer data bases) called Materia Medica, which list the various remedies and their characteristic symptoms. (These symptoms are identified in "provings." See What are Homeopathic Remedies? for an explanation of provings.)

Most homeopaths today use computers to help them match up the information they gather from you with the more than 5,000 known remedy pictures that exist, in an effort to make the best match.

Sometimes the homeopath will make an immediate recommendation and provide you with the remedy at the first visit. Other times, the homeopath needs to study the information and contact you later with a recommendation. There may be a number of possible remedies for any given situation.

Depending upon your situation and strength, the remedy involved, and the homeopath's confidence in the remedy, the homeopath may recommend a one-time dose or a series of doses of a remedy. He or she will then follow your response over days or weeks. If the homeopath recommends a daily LM (liquid) potency of the remedy, he or she will typically want to see you back in 4-5 weeks to assess your response. (LM's are diluted and stirred (agitated) more with each dose, so there is a progressive increase in the potency of the remedy with each dose.)

It is an iterative process: the homeopath will make his or her best recommendation of remedy and dose, but then may need to monitor your response and possibly change the remedy or the potency to optimize the treatment.

Your response must be assessed by the homeopath, because movement or change in symptom patterns are difficult to interpret, and what may initially appear to be a worsening of symptoms may indeed be a healing response, and an apparent improvement on one level (e.g. physical) could be a suppression and may actually be a worsening or deepening of the disease.

Can you give me an example?

Starting high school offers challenges for most students, but Molly's freshman year began with such troublesome health issues that her ability to attend school was in serious jeopardy. Almost every morning, she was hit by waves of terrible nausea and had to take a Dramamine® pill just to ride the school bus. While waiting for the bus, she would be overcome by a sense of dread and panic as she anticipated the possibility of severe abdominal pains (which she experienced about three days a week), followed by an urgent need to get to a bathroom. Once these pains started, Molly would need to make at least four or five trips to the bathroom, spaced anywhere from 10 to 20 minutes apart, as she experienced vomiting followed by severe diarrhea. With each bout, the pains would worsen.

Molly had experienced digestive problems in one form or another since infancy, but they were intensifying, and conventional medical treatments weren't helping. She had run the gamut of specialists, testing, diets, and antibiotics. The next step would be endoscopy and exploratory surgery to determine a possible cause for Molly's illness. Her doctors suspected, however, that she had irritable bowel syndrome (IBS), for which there is no known cause, nor conventional medical cure.

After a recommendation from a friend, Molly sought an evaluation by a homeopath. At this first meeting on a cool spring day, Molly, a lovely and lively adolescent, was wearing a tank top, had flushed cheeks, and sat with her face turned toward an open window. Molly and her mother described how her attacks of pain, vomiting, and diarrhea interfered with school and social activities and made her feel depressed. During an attack, Molly perspired profusely and would call for her mom if available. In a cold sweat, Molly would remove her clothes; the back of her neck and forehead would feel clammy. Afterwards, she'd feel extremely fatigued and headachy. What had begun as her "once a month stomach aches" had progressed to three times a week, with no clear pattern of occurrence.

Molly also had panic attacks at night. She was afraid of someone breaking into the house. "If I hear a little creak on the stairs, I think someone is in the house and is going to kill me. I pull the blankets over my head and close my eyes", Molly explained. She slept in a tank top with the comforter pulled up to her neck. She kept the television on all the time because it made her feel like someone was there with her.

Molly was very sociable. She cared a lot about what friends thought of her, and it upset her if they talked about her or made fun of her. In middle school, she carried a note giving her permission to leave the classroom at any time. But as her condition became worse, she had to use the nurse's bathroom because classmates made fun of her.

Although Molly desired the good opinions of others, she admitted that she could be overbearing and domineering. "If my friends don't listen to me or if I'm trying to talk and someone talks over me, I'll tell them to shut up", she said. Her mother noted that Molly was jealous and wanted all the attention. Molly confirmed it saying, "I want my friends to myself. I don't want to share them. If they do something without me, I get really mad and have a temper tantrum."

Molly had obsessive thoughts, such as the feeling that someone was in the house, as well as an obsession with books and movies. For example, when she read a book, she read it for weeks on end. When she watched a movie that she liked, she watched it over and over again-and wanted the DVD and a sequel. When she would watch a medical show and see an operation, she would go into a panic, feeling as if it was actually happening to her. This led to severe anxiety attacks where she felt that she couldn't breathe. Nevertheless, she was obsessed with these shows and watched them anyway.

Molly began having menstrual periods at roughly the same time she started high school. She would get "deathly sick" and missed so many classes that her grades were dropping. She would get anticipation anxiety before a report card was due, and a severe attack would ensue. "I would be walking up the stairs to get my report card and my legs would start shaking and I would start sweating and my stomach would get tight because I was nervous," Molly said.

Molly also had a history of seasonal allergies and frequent strep infections, ear infections, and sinusitis with yellow-green mucus. Each year, she took multiple rounds of antibiotics to alleviate her symptoms.

Based upon the following interpretation of the case and repetorization using these major points, the remedy Pulsatilla was selected:

Molly took the dose of Pulsatilla 200c offered. Ten days later, her mom reported that Molly had become a much happier child. She had no anxiety at night anymore! She was going out with friends and functioning well. She'd had only one wave of nausea and a few hours of mild intestinal cramping, but was able to sleep them off.

One month after taking the remedy, Molly reported that she felt "happier in every way"-no diarrhea, no sweats, no anxiety. "I'm doing better in school now," she added. "And since I feel better, I haven't been getting as frustrated." She awakened more easily each morning, without nausea or nasal stuffiness. "I tend to be more cold now than hot," she remarked.

Over the next several months, Molly maintained this improvement. Five months after the initial dose, she did have a bout of diarrhea and anxiety in conjunction with her menses. She took another dose of Pulsatilla 200c, and was soon back to normal.

More than a year after Molly began treatment, she remained completely free of IBS symptoms. She hasn't needed to take Dramamine®, prescription and over-the-counter gas relievers, or antibiotics since that first dose of Pulsatilla. She no longer walks around school with a bathroom pass-she uses the students' bathroom like all her friends. She's socially active, her grades have improved, and her depression is gone. 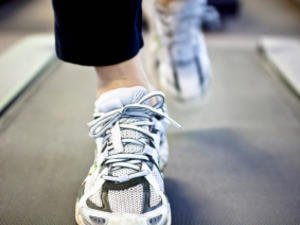 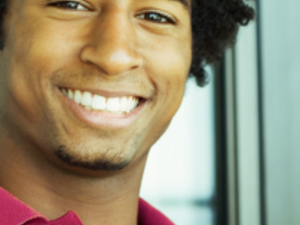