What Impact Does the Environment Have on Us? 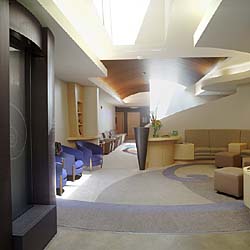 Since the earliest times, humans have needed to be sensitive to their surroundings to survive, which means that we have an innate awareness of our environment and seek out environments with certain qualities.

First of all, humans have a strong need for safety and security and look for those attributes in their environment. We also look for physical comfort, such as an environment with the right temperature. In addition, we seek an environment that is psychologically comfortable: for example, environments that are familiar, but offer the right amount of stimulus.

Retailers and the hospitality industry know this very well and try to provide an atmosphere that creates a positive customer experience and offers three important attributes: comfort, safety, and entertainment. These attributes are equally important in healthcare as well.

How the environment can impact you

Below are just a few examples of how the environment can impact you. 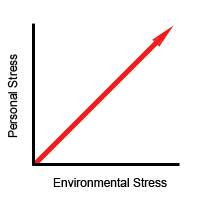 Perhaps most importantly for health, the environment can create or reduce stress, which in turn impacts our bodies in multiple ways. This is because our brain and our nervous, endocrine, and immune systems are constantly interacting. As neuroscientist Candice Pert puts it, "What you are thinking at any moment is changing your biochemistry."

Thus, the stress of a noisy, confusing hospital room might result in a patient not only feeling worried, sad, or helpless, but experiencing higher blood pressure, heart rate, and muscle tension. In addition, hormones released in response to the emotional stress could suppress the patient's immune system, causing his wounds to heal more slowly.

Stress is an important medical consideration, and creating an environment that reduces stress is a key piece of improving health outcomes.

For more information on stress and how it impacts the body, see Why It is Important to Master Stress.

Read Sue's story to learn how stress can affect health. Consider Sue's story, which illustrates the impact that prolonged stress can have on health. Sue was a bright and talented high school student. She had always been healthy and done well in school. In the past year, she added more activities, including early morning swim practice, a college prep class, a role in the school play, and work on the school yearbook. She knew her schedule would be really busy, but she enjoyed all of the activities.

Because of her busy schedule, Sue seldom ate dinner with her family. Her meals often consisted of fast food. She started drinking soda to boost her energy. At night, even though she was exhausted, she couldn't sleep because her mind was racing. She started getting sick and missing school, first because of strep throat and then mono. She also started having severe stomachaches.

How were Sue's health issues addressed?

Sue's pediatrician diagnosed her with irritable bowel syndrome and offered her some medication to relax her gut.  But Sue's mother felt strongly that she didn't want her to take medication.

Instead, she began to work with Sue on her schedule and habits. She insisted that Sue cut one after-school activity and be home for dinner at least four nights a week. She took Sue to a yoga class, where Sue began learning how to work with her breath, and to focus on the moment without fixating on worries about things that were out of her control. In the mornings before swim practice, she began doing 10 minutes of seated meditation with her mother.

After addressing the stress, Sue was still very busy, but she slept better, had more energy, and her stomach problems disappeared.

Keep a pack of straws in your car and do this exercise whenever you're stuck in traffic.

What is the evidence? 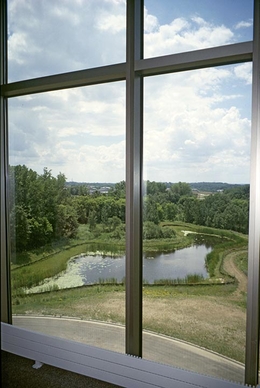 There is a great deal of very rigorous research that links the physical environment of hospitals to health outcomes. According to Ulrich and Zimming, authors of the 2004 report, The Role of the Physical Environment in the 21st Century Hospital, there are more than 600 credible studies that show how aspects of healthcare design can influence medical outcomes.

Essentially, this research shows that the conventional ways hospitals have been designed contribute to stress and adverse patient and staff outcomes. Poor design can adversely impact health and wellbeing, as well as staff productivity and ability to deliver great patient care. For example, because of poor design, nurses in most hospitals spend a great deal of time just gathering the material they need for care. One study showed that almost one-third of nursing staff time was spent walking. (Ulrich, p5.)

On the other hand, improving the physical environment can make healthcare settings less stressful, safer, and better places to work.

Experts in the new area of evidence-based design have identified five environmental factors that can have a large impact on health outcomes. Changes in these areas help create a healing environment that is psychologically supportive for patients, families, and staff. And many hospitals and healthcare settings are applying these findings. 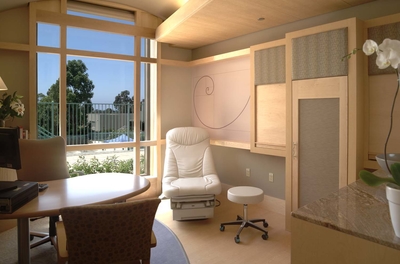 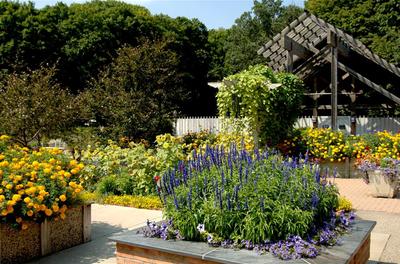 Many studies produce strong evidence that even three to five minutes of contact with nature can significantly reduce stress and have a complex impact on emotions, reducing anger and fear and increasing pleasant feelings. This effect can be achieved by providing: views to the outside, interior gardens or aquariums, or art with a nature theme.

Offering choices increases the patient's sense of control, which can significantly lessen stress. Options include the ability to: adjust lighting and temperature, choose music, select places to sit, and control the timing of meals.

In addition, better wayfinding (signs and information about where to go) reduces disorientation and helps patients feel in control, as does better hospital layouts that allow frail patients to be more independent in getting around. 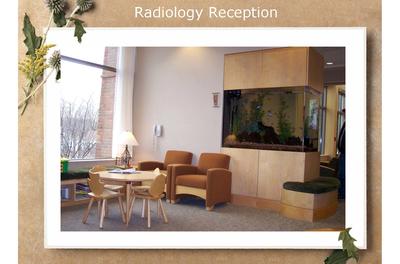 There is extensive evidence that social support from family and close friends has important benefits. For example, studies show that social support improves recovery in heart patients, and emotional wellbeing and quality of life in late-stage cancer patients. Social support can be enhanced by providing lounges with comfortable furniture and designing patient rooms to accommodate visitors and make it comfortable for them to stay overnight. 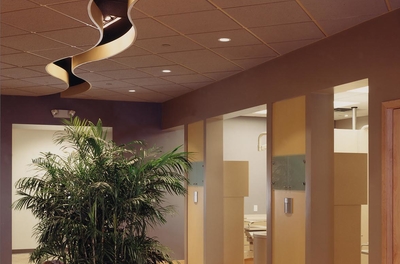 Noise causes stress (as evidenced by increased heart rate and blood pressure and reduced oxygen levels in the blood in both adults and babies) and is related to adverse medical outcomes. Good design can reduce noise from paging systems, equipment, alarms, roommates, and staff by reducing the sources and by increasing sound absorption. 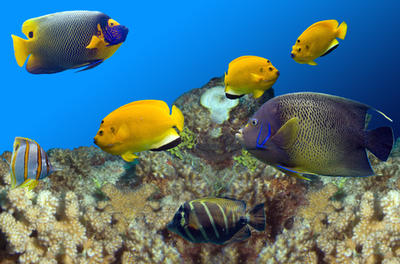 In one example, heart surgery patients in intensive care who viewed nature (landscape scenes) reported less anxiety/stress and needed fewer pain medications than a control group with no pictures. Diversions may include: artwork of nature (not abstract art), fireplaces, videos of nature, and aquariums

If you are a health professional interested in an optimal healing environment, you might also want to learn more about person-centered, relationship-based care.  We offer two specializations on Coursera, an online platform available to all, that teach practical skills for enhancing health and healing.  Learn about aromatherapy (another aspect of environment), herbal medicines, guided imagery, mindfulness, and the full range of integrative nursing skills.  Note that these courses may also be of interest to people interested in their own wellbeing or for those taking care of loved ones. 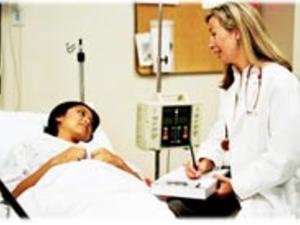 How Can I Ensure Healthy Hospitalization? 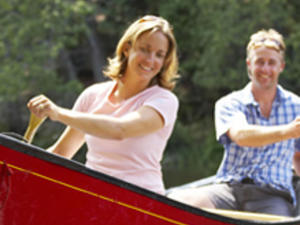 Feeling down or stressed? Try eco-therapy 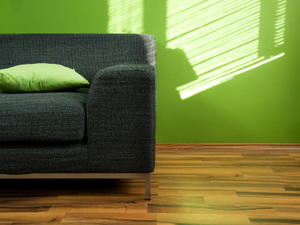 Impact of your personal environment

How Does Your Personal Environment Impact Your Wellbeing?