Where Does Reiki Come From?

Reiki, as it is practiced in the U.S. today, dates back to the teachings of Mikao Usui in Japan in the early 1920's. Usui was a lifelong spiritual aspirant, a lay monk with a wife and two children. In Usui's time, various lineages of Buddhist, Taoist, and Shinto practices coexisted as the dominant themes in Japanese spirituality and culture.

Usui's intense spiritual practices culminated in a profound revelation that led to the practice now commonly called Reiki. This realization most likely occurred in 1922.

Usui traveled widely in Japan during the last four years of his life, offering his spiritual teachings to more than 2,000 beginning students, but training only 16 as Reiki masters. One of his master students, Chujiro Hayashi, was a retired naval officer. Hayashi worked with Usui to excerpt the healing practices from Usui's larger body of teachings so that they could be more widely disseminated.

With Usui's blessings, Hayashi opened a Reiki clinic in Tokyo where 16 practitioners gave treatment in pairs. Hawayo Takata, a first generation Japanese-American, came to Hayashi's clinic for relief from a number of medical conditions, including asthma. Months of treatment restored Takata's health, and she became a devoted student.

With Hayashi's active guidance and support, Takata brought Reiki to Hawaii in 1937 and eventually to the US mainland. Takata practiced and taught Reiki for 40 years before she began training Reiki masters (practitioners empowered to teach others). Since Takata's death in December 1980, her 22 Reiki masters have spread her teachings. Reiki has become very popular and is now practiced around the world, although not usually in the traditional form Takata taught.

Permission for use of Usui and Takata photos courtesy of Phyllis Lei Furumoto. 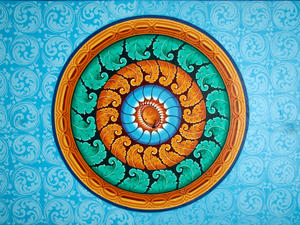 Where Does Ayurveda Come From?